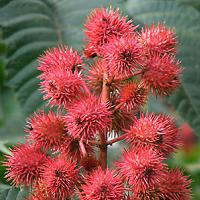 Castor oil is a widely available substance, produced by cold-pressed and then boiled  seeds of tropical castor trees. Most of the castor oil is associated with laxative effects, which have been exploited by gold prospectors in the desert in Namibia.

After many years, castor oil has become popular in the cosmetic industry, where is used for its moisturizing effects. Preventing loss of moisture the skin makes the skin look young and fresh. The fact that, castor oil is a vegetable oil that gives greatest reflection, has been used by manufacturers of lipsticks and lip glosses.

Oil from the seeds of the castor bean also has a beneficial effect on the hair, eyebrows and eyelashes. Rebuilds the hair structure, preventing their losing, splitting and dryness due to incorrect care. Restores the unusual density and natural glow.

Castor oil is perfect as a bath additive. After leaving the bath will not be need to use body lotion. The skin becomes perfectly smooth, silky and moisturized.

BACK TO THE TABLE OF CONTENTS >>>